Vote for Me & Recap of New York Burlesque Festival Acts

With the 14th annual New York Burlesque Festival coming up so soon, I thought it would be fun to share the acts I have done at the festival in years past. This is the 4th year I am in the festival, so honored! Last year I won the "Busy Bee" Golden Pasties award for "the performer who multi-tasks the most backstage" - and funnily enough, I got too busy that night to make it to the award ceremony to accept the award. How fitting!

But this year I am going for "The Hustler" award "for the performer with the biggest hustle" - if you like to nominate me, CLICK HERE! Voting is closing this Friday. Winners for each category will be announced on Sunday, Oct 2 at the Golden Pasties Awards show. Thank you in advance!

I will be performing this year on Saturday, Oct 1 at BBKing. I highly, highly recommend getting VIP tickets to this venue to maximize your experience. CLICK HERE FOR TICKETS!

I've teamed up with ModMinistry and Millie Fleur Couture for this fun raffle announcement! We are giving away this combo of 3: White As Snow feather earrings with Swarvoski crystals handstoned and all made by me, iridescent pink pearly pasties by Millie Fleur, and a darling baby pink harness by ModMinistry (who also makes all my harnesses).

Raffle Rules: ONLY 40 ENTRIES AVAILABLE! United states only. Send $5 by PayPal to modministrymerch@gmail.com. Include your Instagram name in the notes! Very important! Otherwise we wont' know how to contact you if you are the winner.

Once all 40 spots are filled the winner will be announced the next day. Only 1 winner. All names will be placed on a virtual spin wheel. A video will be posted showing all names and 1 winner!

Here are some photos of me wearing a few of my custom Modministry harnesses! 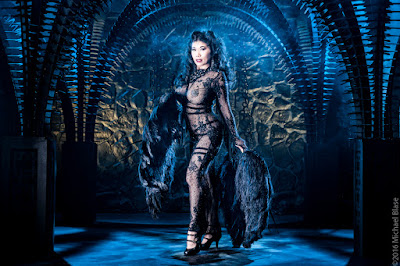 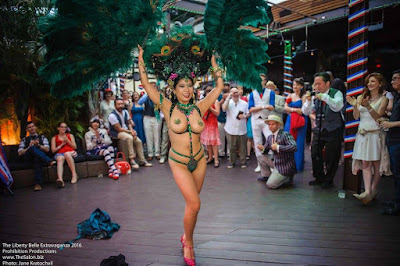 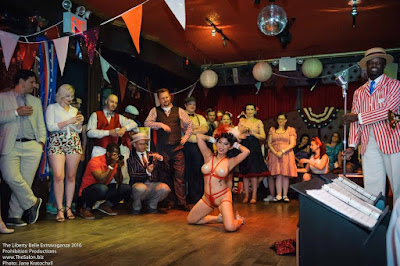 Girls, Ghouls, and Grooves! Get ready for Fall!

I love fall because you don't perspire much, and you can wear the same dress a couple of days in a row and it won't smell like sweat!

I also love fall out of town trips because the drive is so beautiful, ironically, getting out of NYC is the key to living a happy life living in NYC. But if you dont own a car (or license for that matter), these out of town jaunts are just so precious and I get very excited for them.

On Saturday, October 8 I'll be heading up to Hawthorne, NJ for this spectacular show with Gal Friday and Trixie Little! This show will definitely sell out cause it's, um, amazing and the venue is awesome!!! I already love working with the ArtxSoul producers who are SO on top of their game, having this flyer out and ticketing link ready already. People after my heart. If you live near Hawthorne, please come by and introduce yourself!

I took a spontaneous trip out of the city yesterday. Rented a car from the neighborhood, put Chewie in her travel bag, and we hit the road with no plans. Originally we were going to Bear Mountain but about 20 minutes after we crossed the GW Bridge, we stumbled upon a little town called Piermont in Upper Hudson. We were hungry so we pulled over and found a cute French bistro with sidewalk seating. The town was quiet and the weather was perfect. Not nearly as hot and humid as the city when you don't have all these high rises trapping the heat. We stopped by some of the shops that were open and went into a well-curated, upscale Manhanttan-y boutique shop called The Editor where the pretty owner mentioned that a new boutique hotel had just opened in nearby Nyack called The Time.

I looked up the rates on Hotel Tonight right away and found a great deal for $120 a night! What sold it was the pool and interior decor for me. So we booked ourselves in, found a Target nearby, bought some bathing suits on the clearance rack, and I bought a bottle of foundation and a pair of lace underwear. What I love most about doing my Hotel Photo Series is the challenge of working with what is available. Day light, interior light, whatever clothes I have with me. And in this case, we had nothing. I didn't even have makeup other than the standard red lipstick in my day-to-day purse.

I'm pretty happy with the results considering we had about 2 hours left of day light, and using only our iPhone 6s. Check out the rest of this set and more on my site.


Posted by Unknown No comments:

The Legend of Billie Jean (aka "Becoming American Through Tv/Films") 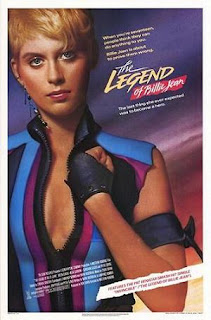 Who remembers this film from 1985?

If you have never heard of it, but you love (like me) any of these subjects:

Then by all means rent it on YouTube for $3.99. Helen Slater who also played Supergirl (1984) is the lead, and a very young Christian Slater plays her younger brother and is BLONDE in this movie.


This film was seminal in the education of what I call, "Becoming American". Some other influences included Jordache Jeans commercials and the sisters band Heart in their late 80s look and sound. I didn't see Billie Jean until a couple years after it was released when it was on cable TV re-run. I watched every time it was on. I was completely in awe of this awesome, bad ass female lead. My family have only been living in the States for 3 years, and we were in Houston by then. Since this film takes place in Corpus Christie, TX, the environment such as the mall scene and the driving scenes resonated with familiarity, and the central characters who were "trailer trash" were true to life to me since we also lived in the poor part of town (although not in a trailer park) in one of those all utilities-included low-income apartments. This film was real and, to me, it held the key to understanding American kids and thus unlocking the complexities of fitting in (aka: project immigrant assimilation).

So from this movie I formulated in my young mind:


I just re-watched it this weekend and I was reminded of how non-diverse films and tv used to be in the late 80s to 90s. There were hardly any people of color in this film, and that seemed very odd in light of present day's more true-to-life presentation of America's demographic.

But some things still remain true in my mind like I still think guys who wear popped collars are assholes, older men in positions of power are not to be trusted, but I no longer think to be American you have to be blonde and tanned, because later on when I was a pre-teen, I encountered The Lost Boys and I said, fuck this shit. I'm going to that side.


By the way check out the fashion in this film, remind you of any hipsters you know? Haha! 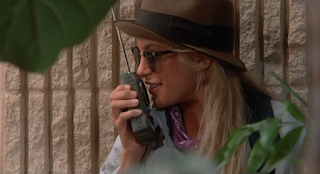 Exciting Fall Trips and I have a lot of dried E6000 on my fingers...

I am really looking forward to next month - FALL! I will be heading home to Texas to drop Chewie off at my parents then fly north to headline the 4th Annual Edmonton Burlesque Festival, then back to Texas to be a part of Viva Dallas Burlesque show. I'll be rounding out September at home in the 14th Annual (!) New York Burlesque Festival! I'll be performing in the Saturday Night Spectacular, and tickets ARE on sale now. I am also excited to go to Montreal to headline Scarlett James' Montreal Burlesque Festival in October. What all this means.... I need to make a lot more feather earrings to vend at all three festivals. I have been running low on stock but I finally found the right lurex thread weight to interweave into the ostrich feathers for extra added sparkle and depth.

Here is a photo of what my craft "corner" is starting to look like in preparation of the fall... agh!!

I got a facelift! Well, my web site did.

I am blogging again only because my good friend and fellow web-nerd Bettina May has inspired me to start doing it again. Blogging is hard, ask anyone who ever aspired to be a blogger. You start and eventually you stop. Cause it's damn hard! And I was an English major with a focus in creative writing, and it's STILL hard. But since I revamped my web site CALAMITYCHANG.COM with a lot of new fangled bells and whistles like parallax navigation, video background, cinemagraphs, subscriber newsletter, and more - I feel rejunevated! Most importantly, the new SHOP interface looks and functions SO much smoother for buying my feather earrings.

Head on over and check it out. I will be blogging on the regular!

Email ThisBlogThis!Share to TwitterShare to FacebookShare to Pinterest
Labels: bettina may, web site

Thank you for watching my 2015 Advent Calendar striptease set on my Instagram account! I've also re-shared every day's "tease clip" here on my blog for those of you who are not on Instagram. This series is truly one of my favorite projects to work on (besides my photography series 'Hotel Series') from concept-ing, location scouting, storyboarding, planning each clip, and editing. Creating this project is a great way to end the year for me and to get excited about the next year. I also believe that no one wants to watch full clips over 3 minutes long (I certainly don't), and Instagram is the perfect medium for the idea of "striptease". A "tease" is a tease, right? It should just be short enough to make you want more, yet long enough to give you a taste.

Here is the entire striptease clip in full over the span of 25 days. All camera work done by Mike Webb Photography. Copy by Grace Gotham. Happy new year, everyone!

Promote Your Page Too